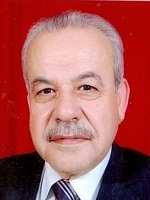 Mr. Tamimi was born in Hebron in 1949.  He joined the Rabbi Agricultural College in Karak and graduated in 1970. In 1973, he obtained a diploma in mathematics. Mr. Tamimi worked as a teacher in public schools from 1970 to 1979, when he quit and took a free business job. Today, he heads Al Tamimi Company Board of Directors in Hebron, and he is also the head of the Tamimi Qawafel Board of Directors.